Sad news has come to us via the RB messenger pigeon this week. It appears that after 63 years, Volkswagen will soon cease production of a design classic. As of December 2013, the VW Transporter, Microbus or Kombi Van (known informally as the Bus in the US and Camper in the UK) will no longer be rolling off the production lines in Brazil, the only country still manufacturing the iconic vehicle. To mark the end of an era for a wonderful piece of design, we’ve decided to take a look back at some equally wonderful advertising.

The original Volkswagen ads from the 50s are recognised as some of the best ads of the 20th Century. Ad agency DDB (Doyle Dane Bernbach) managed to achieve a number of things no ad agency had previously attempted. They gave a big hunk of shiny metal a loveable personality. And they departed from the cliched scenes of people out and about, picnicking, enjoying life with their car parked next to them. A print ad featuring a car on a white background with nothing surrounding it was unheard of. DDB redefined car advertising with a campaign that was simple, clever and effective. They also built a lifetime’s worth of brand loyalty from VW owners.

From the Kombi’s beginnings as a humble family wagon, its rise to counter-culture icon during the 60s and 70s to its current status as vehicle of choice for road trippers, festival goers, surfers and lovers of all things retro, there’s little doubt the VW Kombi will live on as a symbol of freedom, adventure and the wide open road. Three years ago, DDB Paris released a 60th anniversary print campaign for the VW Kombi, paying tribute to its history. These more recent ads are featured below, alongside some classic Volkswagen advertising. 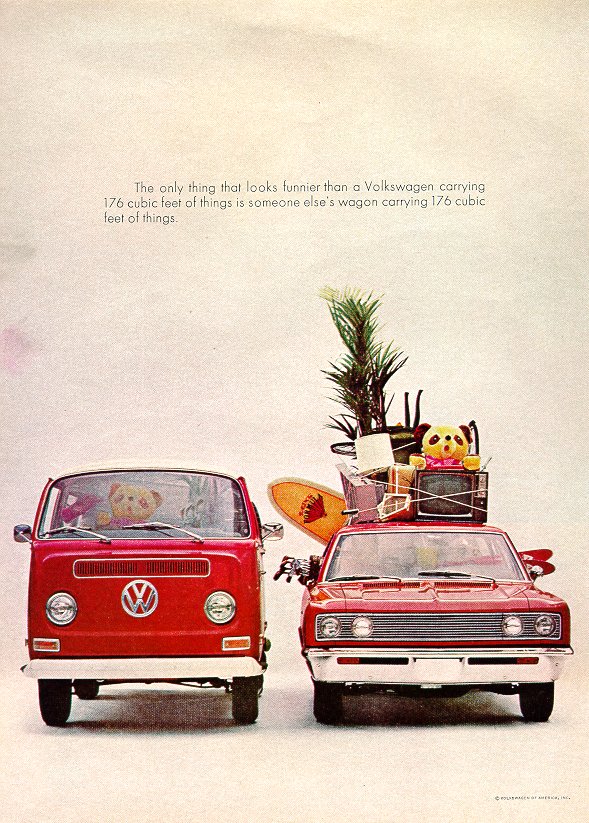 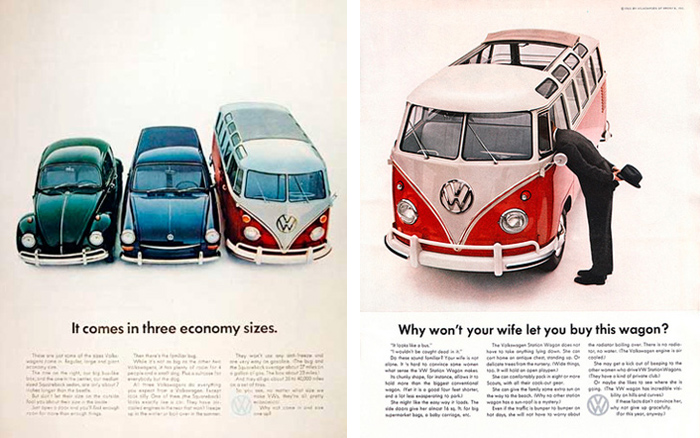 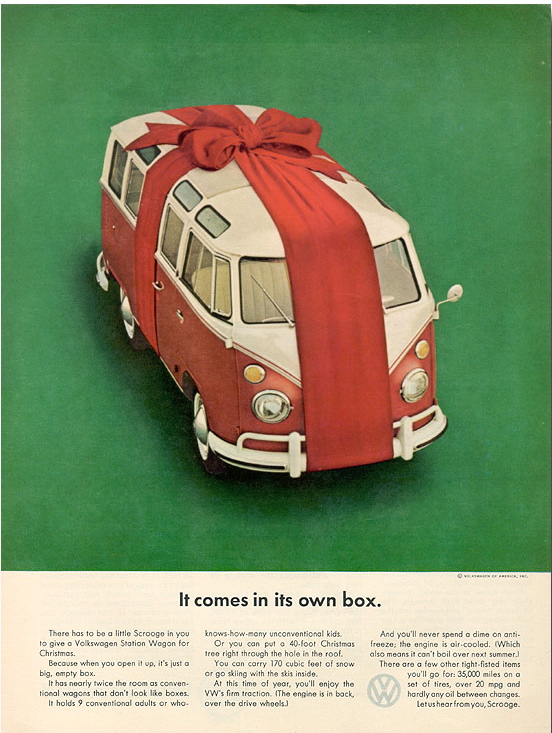 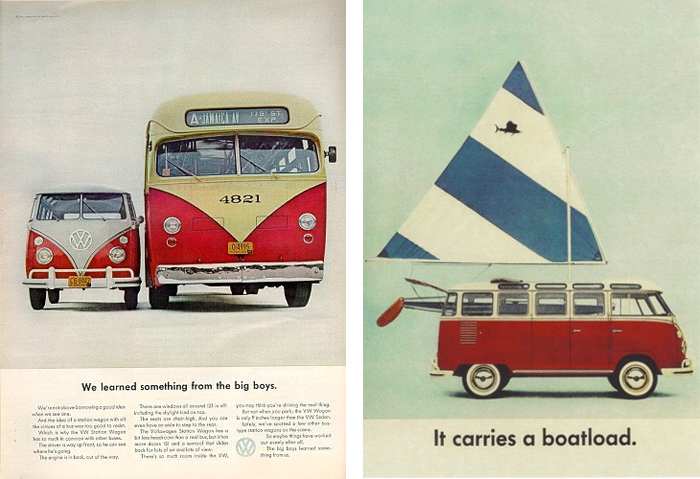 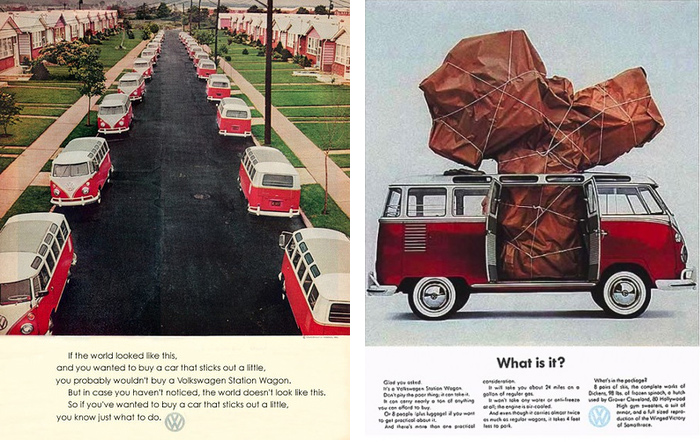 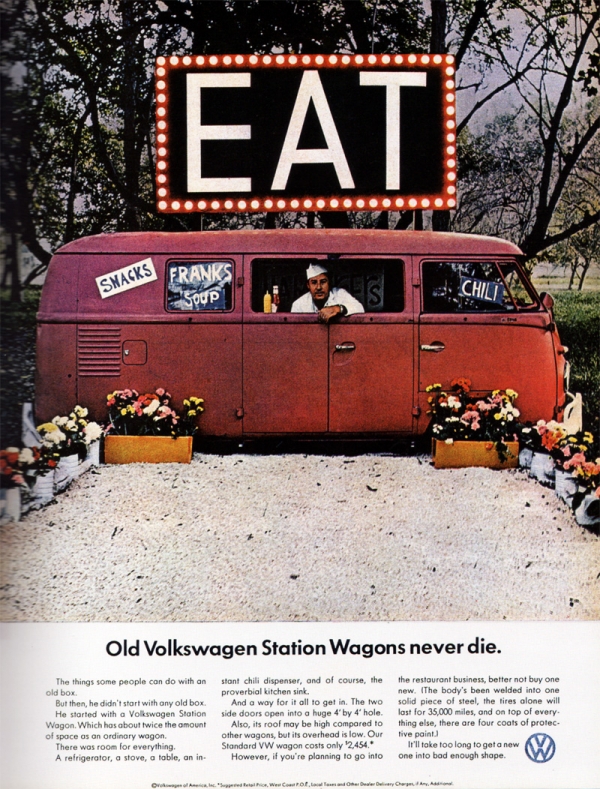 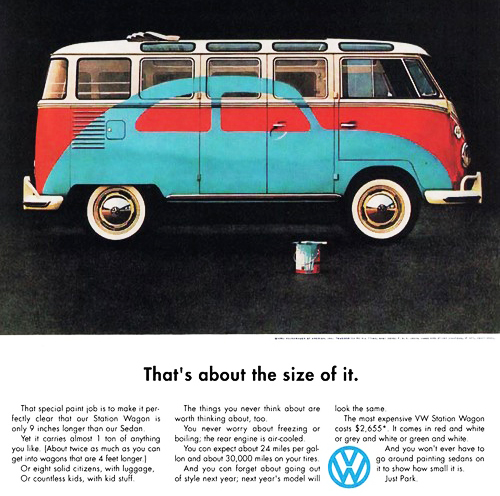 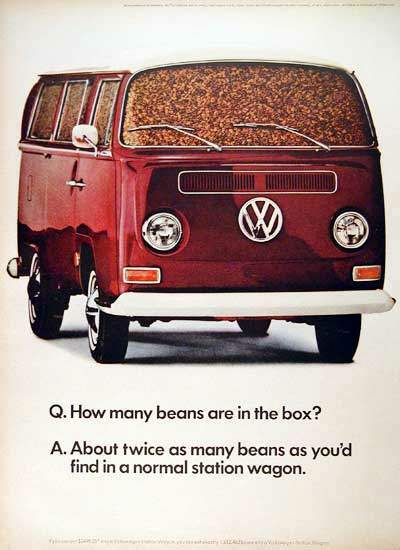 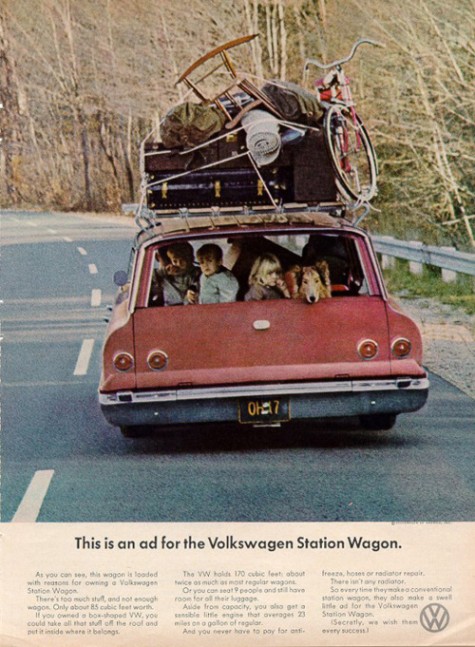 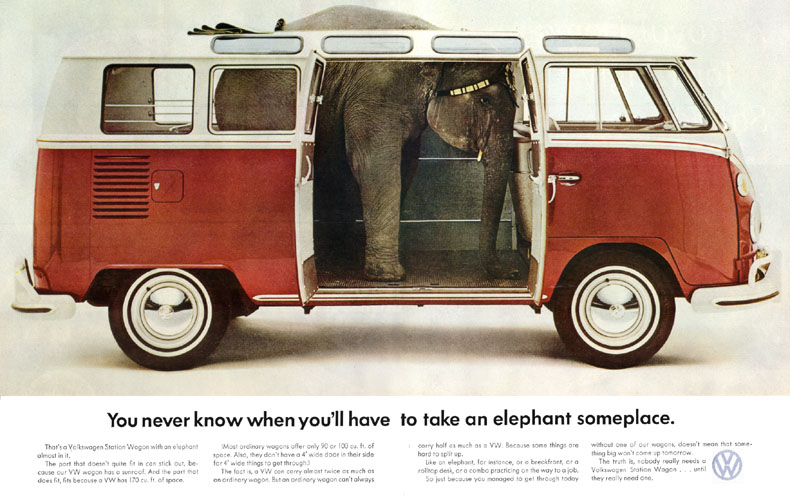 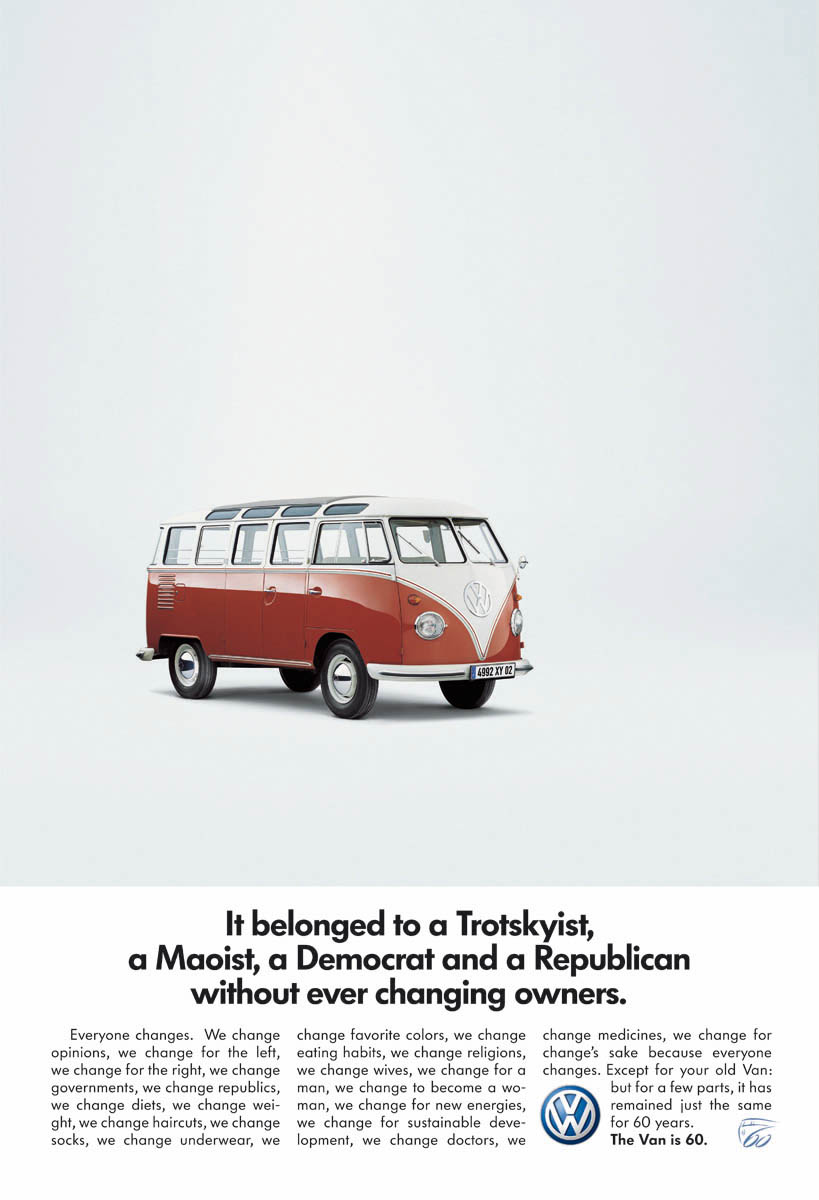 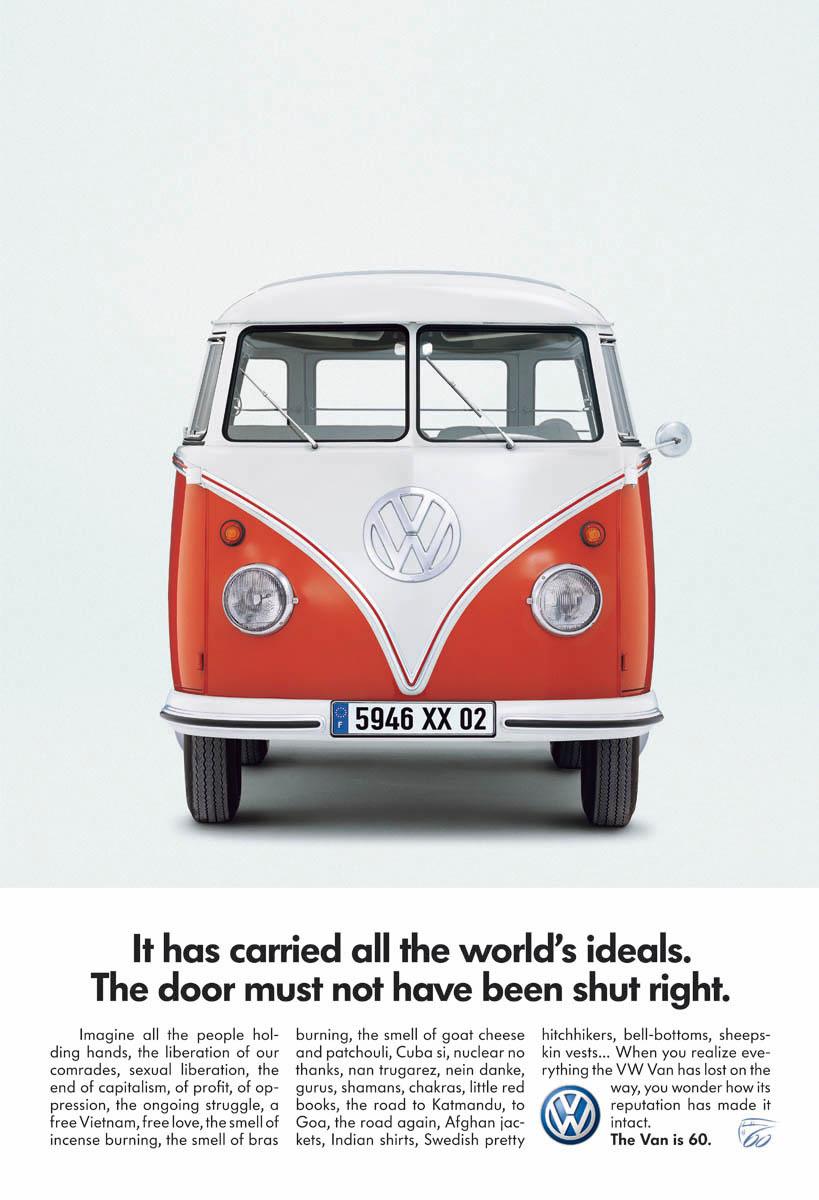 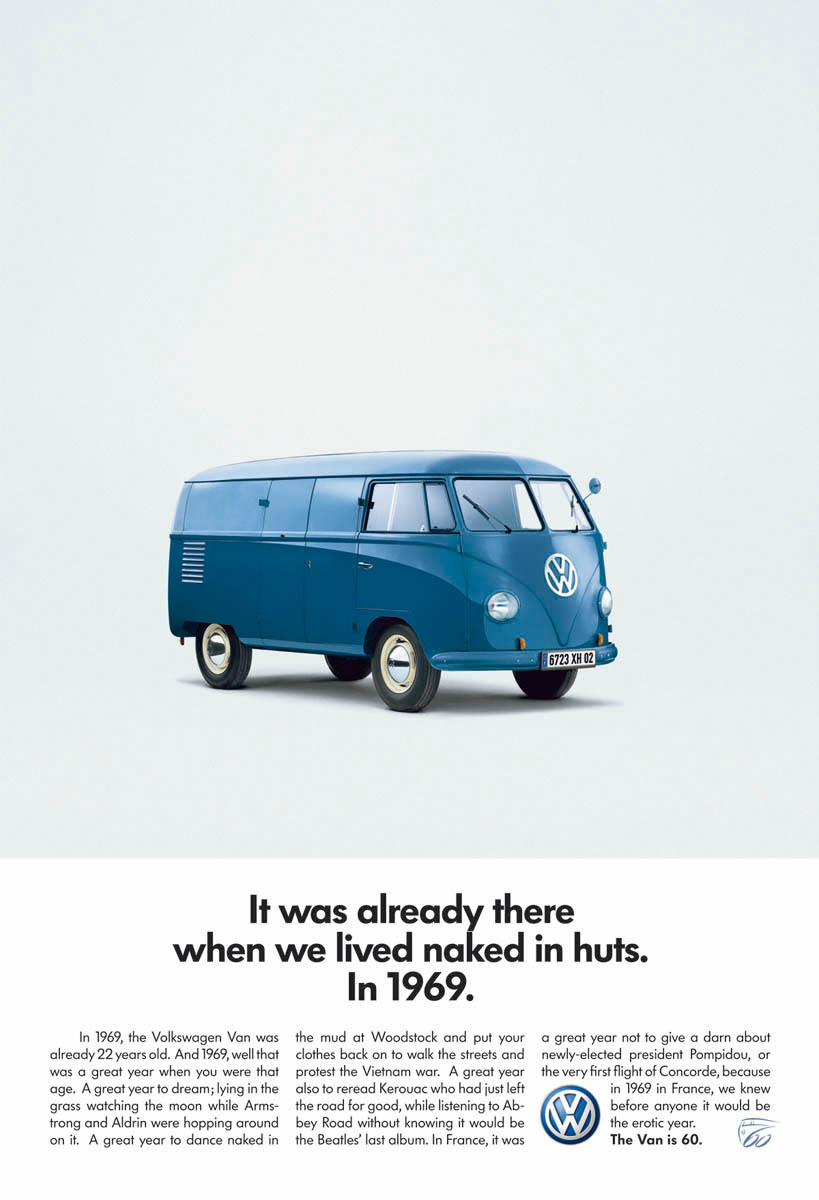 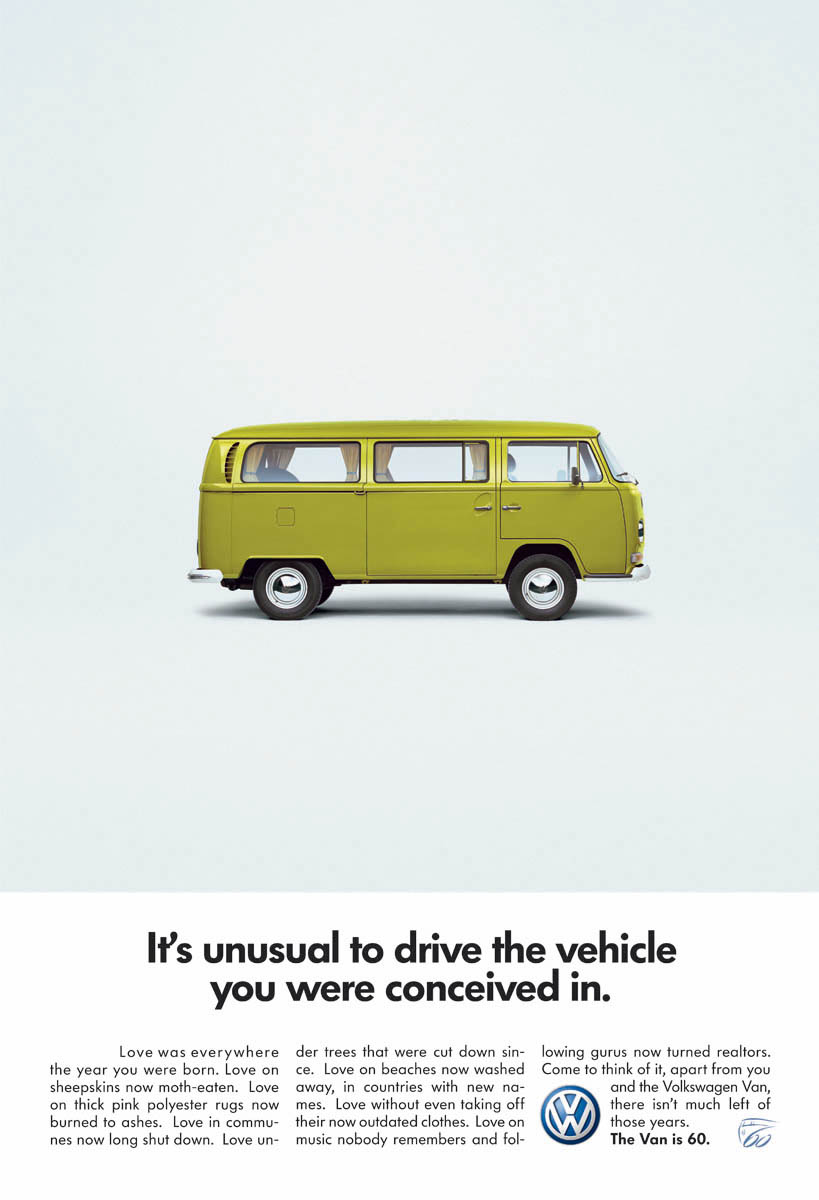 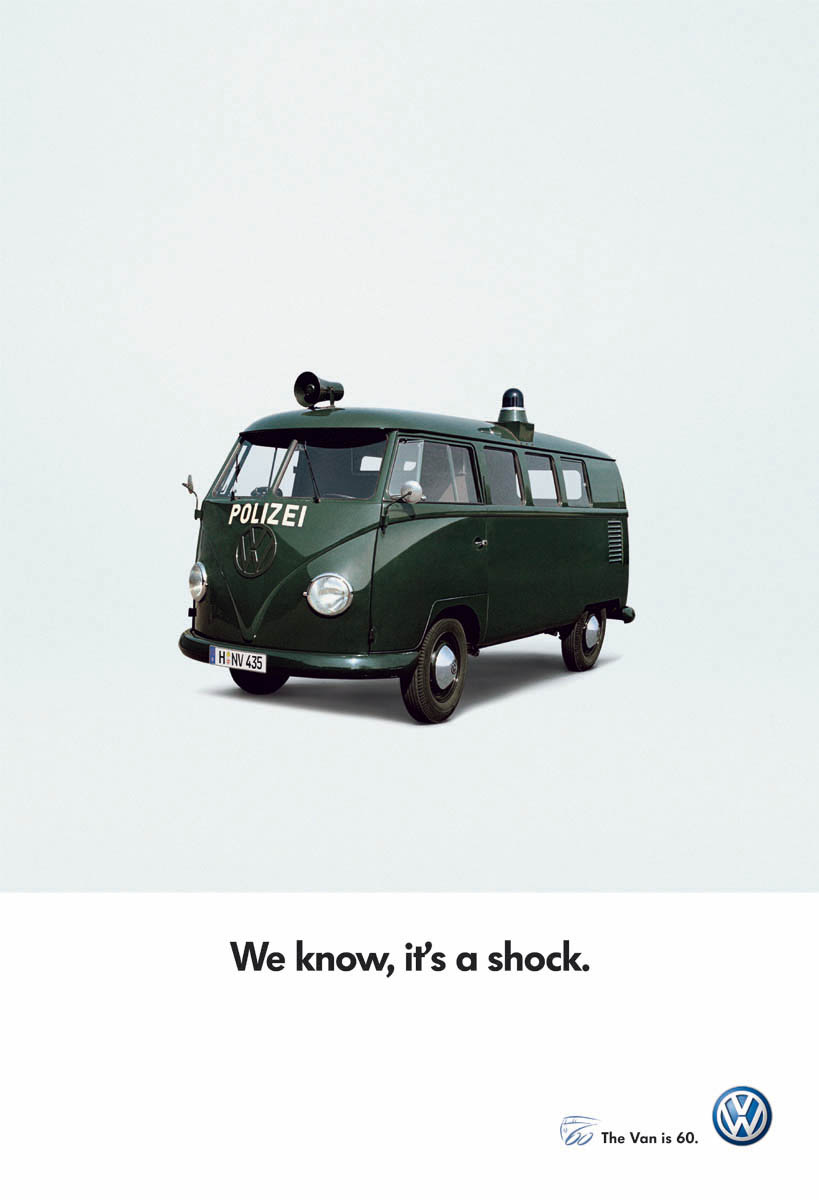 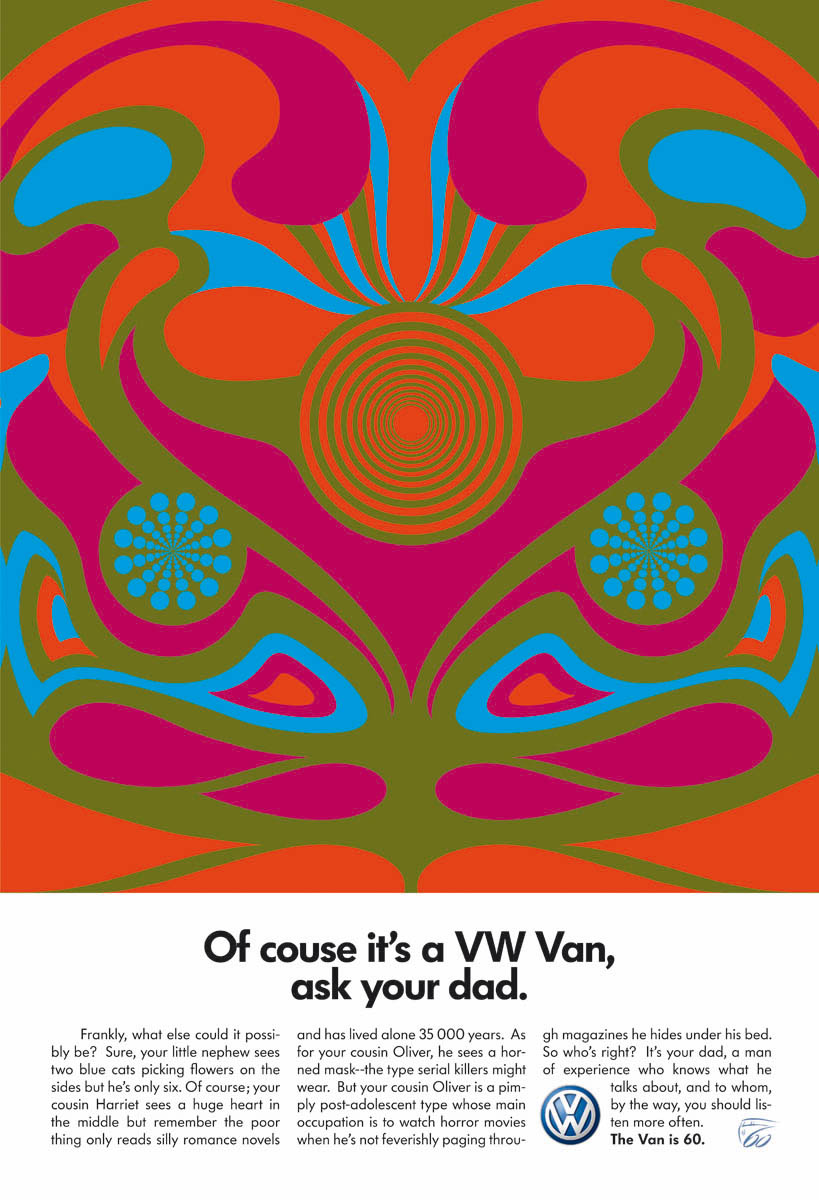