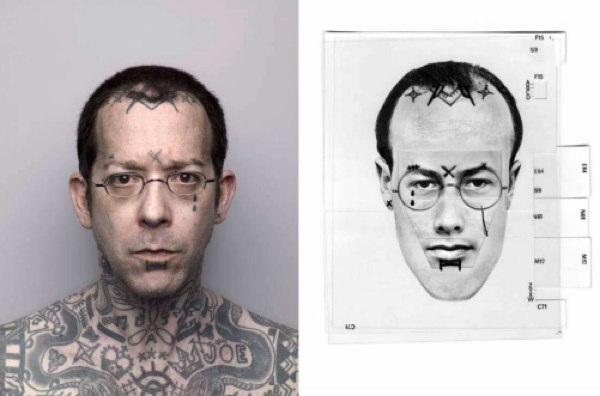 UK designer Matt Willey has an impressive resume. He has worked as a designer for The New York Times Magazine, completed a number of typography projects for Wired and has produced work for The Guardian Weekend Magazine. His work has been recognised with awards from the Type Directors Club in New York and D&AD. The Design Director for the New York Times Magazine described him as “one of the most talented and versatile creatives working in the business today”. We recently cornered him for a quick chat about his favorite personal project – A series of photofit self-portraits.

Matt’s exploration into facial topography, with photographer Gilves Revell and Philip Oltermann, stemmed from a chat between friends over a pint at the local pub. The concept was simple. Give people outdated 1970s police force photofit kits and ask them to create a self portrait. No mirrors, no photographs, just their own idea of how they look. This forced participants to consider how they imagined themselves to be, compared to how they think they look to others. The idea was backed by The Guardian, who helped develop the list of potential subjects and published the results in their Weekend Magazine. 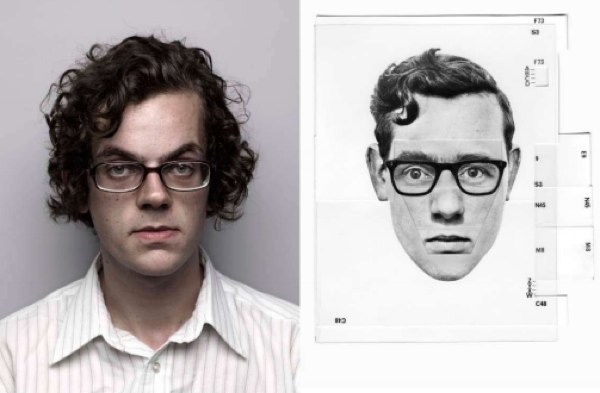 RB: The photofit project for The Guardian Weekend was a great concept. Where did the idea come from? Were you trying to question how we see others and ourselves in this work?

MW: In some ways it’s probably my favorite project from the past few years, and it’s all about an idea – there is no design. It’s one of a few self-initiated projects that I did outside of Studio8 Design with my friend, the photographer, Giles Revell and it came from just discussing ideas in the pub.

We were intrigued by how people perceived themselves. Unless you’re a gifted draughtsman there aren’t many ways to illustrate how you ‘think’ you look. We got hold of the now-redundant Penry Facial Photofit Kits, used by the police in the 70s, and asked people to try and construct their faces without a mirror or any reference photos of themselves. It’s actually very difficult and the kit is limited. Looking at noses in isolation or eyes or chins is odd, you’re not used to seeing a chin on it’s own. 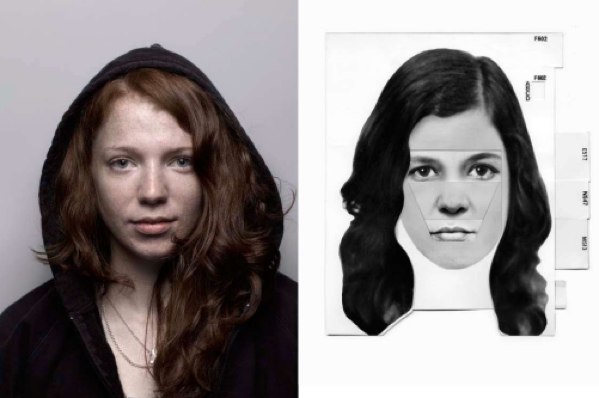 The Guardian got behind the project and helped us put together what we thought was a really interesting list of people – Simon Weston who was burnt very badly in the Falklands war; Duncan, a tattooist who positioned his tattoos on the wrong side because the memory of his face is from the mirror; Peter Butler, a leading surgeon who has worked on face transplants; Ruth Ryan who suffers from Body Dysmorphic Disorder (BDD); Mark Crank who’s face was disfigured by a tumour when he was very young, and so on. Actually if you read the Ruth Ryan interview I think she’s a perfect example of why I found this project interesting. BDD is a terrible anxiety disorder (with higher suicide rates than those for Schizophrenia) and the way she sees herself is utterly different to how you or I would see her.

We did fourteen portraits in the end and we interviewed each person after going through the process of constructing their photofits. I found the combination of the portrait, the photofit and the short interview fascinating. The Guardian magazine was a great home for it. 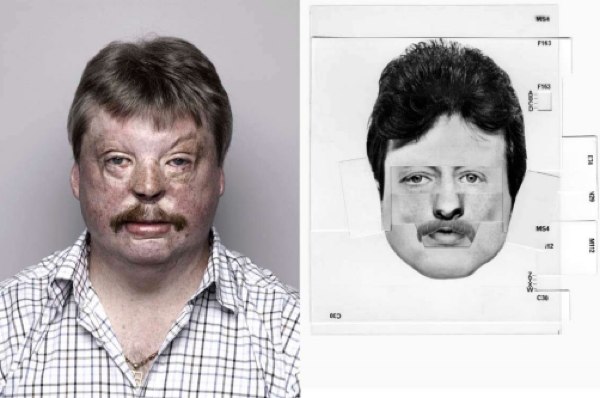 The entire series of photographs, along with interviews with each subject can be downloaded as a PDF. It’s also worth checking out a second set of photofit portraits, created for Canadian magazine The Walrus. Matt is a firm believer in the importance of having your own creative projects – ideas developed away from the office, imagined without the constraints of a brief and dreamt up with friends over a coffee or a pint. This dedication to his own personal projects has lead to this fascinating, more contemplative look at our own self-identity. You can find out more abut Matt Willey’s current projects over at the Studio8 website.

These photographs have inspired us to think about our own personal projects, and we’d like to invite you to do the same. What’s your favorite personal project? Are you working on anything currently? Have you collaborated with friends? And what do you think of Matt’s photofit portrait project? If you were asked to create a similar self portrait, how well do you think you may be able to capture your own likeness? If you’ve dabbled in self portraiture, how did you find the experience and what sort of things influenced how you portrayed your own image? We’d love to hear your thoughts and comments below.