For those of you who’ve never heard the name, Storm Thorgerson’s art is not the kind that is pressed into vinyl: It’s the stuff that wraps it up – those weird images that are at first bizarre and engrossing, and over years become so familiar that the mere sight of them immediately conjures up the audio which they are commissioned to promote.

Hermit test: Take a look at the collection of album covers below. If nothing rings a bell, there is a good chance you’ve been living under a soundproof rock since some time in the seventies. 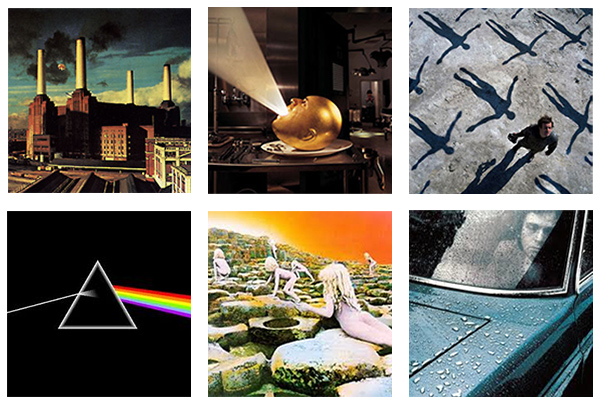 Fans of Thorgerson will already know that he is famed as a founding member of Graphic Design collaboration ‘Hipgnosis’ (incidentally, a name plagiarised from an unsuspecting graffiti artist), under which banner, he produced album covers for Led Zeppelin’s Presence and In through the Out Door, and perhaps most famously, Pink Floyd’s Dark Side of the Moon. Really, the album was revolutionary in its time and deserved nothing less than a Storm Thorgerson design (although the final product was actually drawn by colleague, George Hardie). Hipgnosis dissolved in 1983, but this had little effect on the output of its former members, each of whom continued to rack up folios of well-renowned images thereafter. 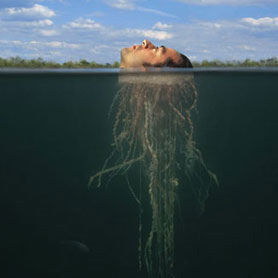 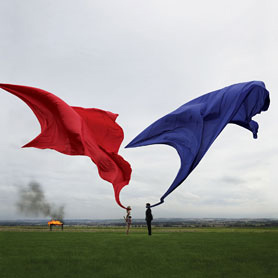 Thorgerson favours photography as his medium, one outstanding hallmark of his work being the painstaking preparation that goes into each of the images that he commits to creating. The cover of Pink Floyd’s A Momentary Lapse of Reason famously necessitated the arrangement of 800 empty hospital beds on an otherwise empty beach. What, no photoshop? Nope. Nor was any digital puppetry used in the creation of other covers, such as the colossal ball of metal constructed for Anthrax’s Stomp 442, which was made by cutting pieces of scrap metal and reassembling them. 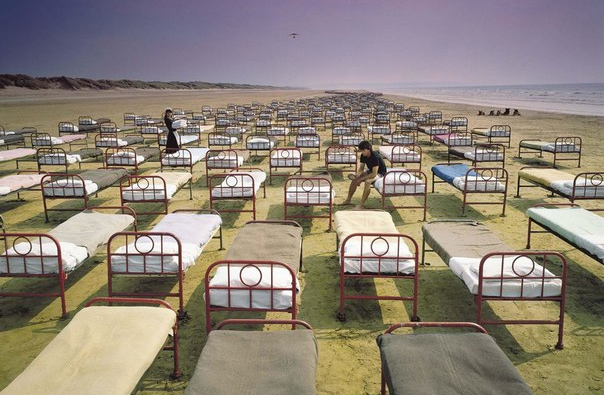 At once, these images are bizarre and engaging, colourful and surreal. Some are immediately striking, like Deloused in the Comatorium, produced for the Mars Volta, while others are somewhat more subtle, such as his cover for Led Zeppelin’s album Presence. All, however, are not only worthy of the music they advertise, but could even be considered a kind of hallmark of success – When your record company tells you they want ST to do your next album cover, you can probably start looking at yachts. 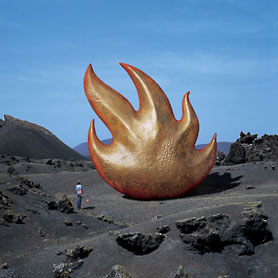 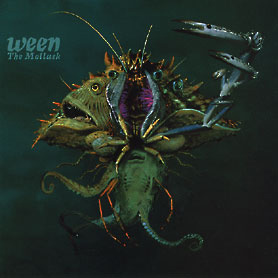 Thorgerson keeps his relationship with the music industry on pretty frank terms, mind you. In an interview with Q Magazine in 1992, he served it up to record companies, claiming they were “bastards, which is one reason why I got out.” Well, sort of got out, anyway. Making epic album covers must be a habit that’s about as easy to kick as breathing, since the artist has produced at least another sixty-five since this comment. Nearly 20 years later, the photographic maestro could be found shooting for the Wombats’ album, “This Modern Glitch”. 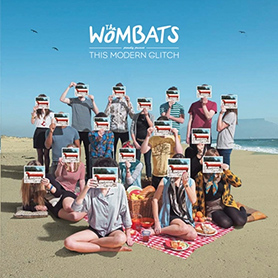 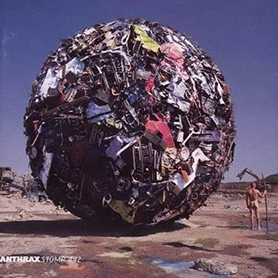 The artist’s work extends beyond just the album covers, too. He has also created video clips, including Rainbow’s Street of Dreams and the classic Owner of a Lonely Heart, by Yes. More recently heading his own collaboration of designers at “Storm Studios”, Thorgerson has also published his own book, “The Raging Storm”. Of course, there are those who prefer paint or illustration to photography on their album jackets. Either way, it’s nice to know that a designer’s work can become every bit as ubiquitous as that of the world’s biggest rock bands.