100 Ideas that Changed Graphic Design is both discerning and delightfully insightful. Graphic artists might want to put a copy in a handy location for later use as a kind of roulette wheel for idea generation.

When you buy one of those books that slyly grabs the alphanumerical marketing advantage by starting with a nice round number, you often end up disappointed. After first slapping yourself for not browsing it more thoroughly in the book shop, you cry: ‘100…?! Why didn’t they just call it, “The 63 Greatest Photos of Cats Attacking Teddy Bears” and drop the 37 page-fillers?’ Fortunately, that’s not the case with the collaborative work of Stephen Heller and Veronique Vienne, 100 Ideas that Changed Graphic Design. In fact, the writers refer to the difficulty of whittling said ‘ideas’ down to the nice round figure. But you don’t need us to tell you that: Sift through their insightful descriptions of the chosen century, and you’ll find this is quite self-evident. 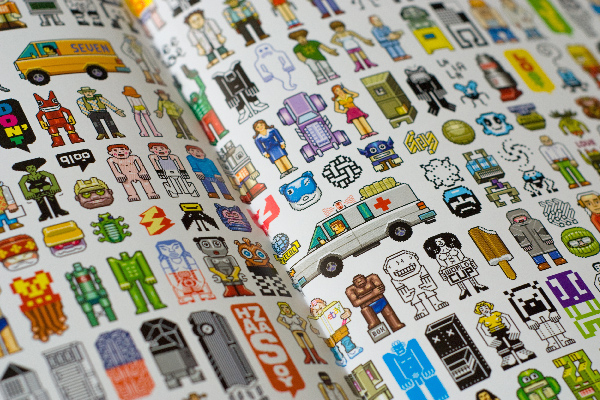 Don’t expect to find a dictionary of ‘-isms’ in this collection. The writers have deliberately avoided them – and rightly so; most are already well documented in the folio section of your local book store. Instead, they have chosen to detail “notions, conceptions, inventions and inspirations – formal, pragmatic and conceptual – that have been employed by graphic designers to enhance all genres of visual communication.” (page 6) Not all of the big ideas covered involve pen (or gouache …or craft glue) hitting the paper. Many are about the subject matter itself (See Idea numbers 8 and 50, for Clenched Fists and Provocative Gestures, respectively). And some, like No. 26: Graphic Design Magazines, describe the context in which design has evolved.

The writing is a pleasant surprise as well. It is both discerning and delightfully insightful. Here’s a taste, extracted from the introduction to idea Number 17, Swashes on Caps:

‘Adding a flourish to an upper-case letterform is not unlike pinning a silk flower to the lapel of a grey flannel suit. It could look needlessly gaudy. Yet this is exactly what type designers have done since the end of the nineteenth century. They have fitted the capital letters of classical typefaces such as Caslon, Bodoni, Baskerville and Bookman with special alternative characters adorned with curvy tails, tears and strokes.’ 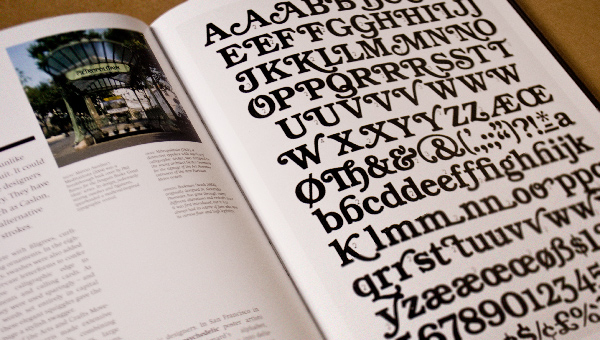 The chapter goes on to describe the medieval roots of swashed caps and their timely re-emergence in modern design. This is typical of the pattern employed throughout the book, whereby every chapter is part chronicle, part analysis and even part critique: Heller and Vienne did not tie themselves to cold impartiality – Their opinions are scattered throughout, although this is done sparingly.

For fully-fledged graphic-design-o-philes, there are some classic indulgences, like the beautifully worded reminder of why we use White Space, the story of Paper Cutouts and that of the art teacher’s mantra: Less is More.

Graphic artists might want to put a copy of ‘100 Ideas~’ in a handy location for later use as a kind of roulette wheel for idea generation. It’s simple: Flip to a random page and (theoretically, at least) overlay one of the magic hundred across your next design. Does my logo need rays? How would it look in stencil type? Is an ambigram possible? Psychedelia? Can my brand have its own story? How would I apply it to an album cover? You may be able to draw upon the wisdom of designers gone by, or even come up with something entirely new.