David Rubinger spent 50 years as a photographer for Time Magazine, covering conflicts in Israel. During this time he photographed 8 wars and documented the struggles of the region and the lives of those on both sides of the conflicts. On a recent trip to Jerusalem, intrepid RB interviewer Beth Douglas tracked David down and quizzed him on his experiences as a war photographer, his advice for young photographers and photojournalists and his thoughts on the future of war photojournalism.

How did you begin taking photographs?

It was the day France celebrated it’s liberation from Nazi occupation in 1945. I was getting on a train after spending time in Paris and meeting a French girl. We were at the train platform and she gave me a camera as I was leaving. It was just a very small, basic 35mm camera. I started shooting then. I never had a Brownie Box Kodak camera, then in the 50s I got a Roliflex and I started taking my photographs around to Tel Aviv newspapers and selling them to print. I peddled from paper to paper to start. 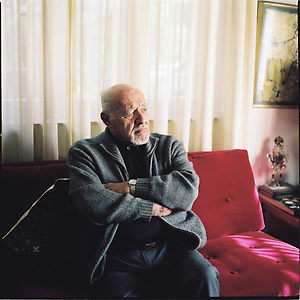 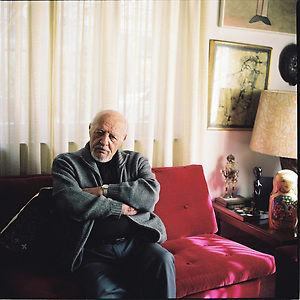 How can you take an unbiased or truthful photograph of events when documenting war?

I think no photograph is ever truthful, and no photo is ever unbiased. I am a documentary photographer, and you try and just document what is before you as much as possible. You are just a witness. As a war photographer you never, ever stage a photograph. That’s immoral. You never ask soldiers, or anyone to pose for you. You don’t ask a soldier to stand up in an armored tank to get a good photograph. You’ll get him murdered.

I think photojournalists are of great comfort to soldiers. And I’m talking about your average soldier – not corporals. I remember going into war and being in armored tanks, rolling into battle and being with these kids – just 18, 19 – who said, ‘If this old guy is with us, without a gun, it must be pretty safe’. They had no idea how wrong they were then, how dangerous it was. But you are a comfort in the horror.

There are no heroes in war, just shame and idiocy. If you’re afraid as a soldier, scared to go somewhere, soldiers are so ashamed to show this to each other in the most terrifying situations. There is so much shame in war. Everyone is so ashamed of what they’re doing or feeling.

Have you ever taken photographs that you thought were a truthful or accurate image of events, only to have them re-contextualised or misconstrued in the press?

Yes, sometimes this happens. It can happen to everyone. This happened to me with Time magazine when I was just starting. Time were considering one of my photographs to run with it on the cover, and they chose not to. The photograph was of an Israeli soldier with a gun, standing in front of an Arab soldier who he’d just shot moments before. The Arab soldier was dead. He was lying on the ground, and in his hand was a grenade he was about to throw at the Israeli. The Israeli soldier killed him first. Time magazine said the photograph looked too much like Israeli propaganda, it read like … ’Look we killed him before he would kill us all’.

I got so angry at Time and sent them a very angry fax that said, ‘I am very upset by this, I am not in the habit of misleading people, stealing from the blind, or putting grenades in dead Arab’s hands. I don’t push my grandmother down the stairs and ask ‘Granny why were you running?’ At the time I was furious and very upset but now I look back and I think Time was right.

Do you think shooting in film made a difference to how you took and made images?

Back when I started, a roll of film was 8 pounds and my salary was 30 pounds a month, so each roll was basically a quarter of my salary. So I thought before I shot! I think it makes a difference to how we take photos. I don’t have anything against digital technology. I used to have to think about exposure … now I don’t. When I got my motordrive, I shot 12 frames a second, I went ‘Bbbbrrrrr’ … and why wouldn’t you go crazy? Early on I did everything myself in my darkroom. The days hand developing in the darkroom were the most beautiful hours of my life.

Do you consider composition and aesthetic choices when documenting a war?

Fine art photographers start with intention, an idea in their head. Photojournalists don’t have that. They shouldn’t. You should just witness. You should, at most, have an idea of how you’re going to position yourself, where you shoot from and stand. I think aesthetics and composition come instinctively. It’s largely intuition and I don’t know if it can be taught. In a war zone you can’t really choose composition. You take what you’re given before you. You don’t have time to make these choices.

Do you really think your photograph of the soldiers before the wailing wall is a ‘lousy image’?

It was on the last day of the Six-Day War. They just realised they had won the Six-Day War and they had thought they were going to die. They’re just looking around. That guy didn’t take his helmet off in some kind of wonder. He took it off because he was sweaty and the war was over. People put their own beliefs in photographs.

Do you personally believe your images carry meaning and influence?

No. You think at the time they do, but they don’t. You realise that people look, but they don’t see and that it doesn’t really change anything. I go to Germany nowadays and I show young kids in Berlin photographs of Berlin right after the bombings. Do you know what Berlin looked like? It was flattened. It was rubble. And you show young right wing kids – Neo-Nazis – and they don’t see the connection. It doesn’t make a difference.

Humans have never had the ability to pass onto the next generation the horror of war. One generation has never been able to convey how horrific and terrorizing war is. Humankind has an amnesia to war. Afterwards they say ‘never, ever again. No more’. Half a generation later they are gung-ho again and the flags are being raised. We’ve never been able to pass on the atrocities of war. War photography doesn’t change very much at all. 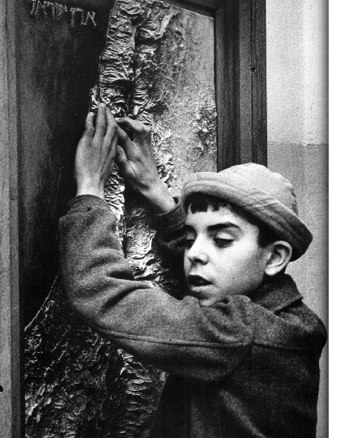 Image credit: A blind boy feels a relief of a map of Israel by David Rubinger

How do you edit your work? How do you select which images to publish?

No photographer should ever edit their own work. You are your own worst editor. Photographers are in love with their own photographs. My editor once said it wasn’t my job to decide that any one photograph was unimportant.

Do you have any advice for young photographers and photojournalists?

Don’t become a photojournalist and don’t ever go to war. There is no longer a market or any money in war photography. If you become a photographer, you have to make your own market. There used to be so many magazines that published photographs and photo essays that I couldn’t count them all. Now there are maybe one or two left. ‘Life’ doesn’t exist anymore.

You really wouldn’t recommend photojournalism after your life’s work?

No. No one photograph is worth a human life. That’s ridiculous. We saw this for maybe the first time in Iraq. All these young kids wanted to go and be photojournalists and take photographs, shoot the war, and authorities and publications said ‘fine’ and let them. So many photographers died in Iraq. And for what? No one was paying for their images. Most didn’t have jobs and weren’t sent by a paper. No one was guaranteeing to publish their images. No photo was worth their lives.

I think also how wars take place, how we conduct war, has changed photojournalism. There is no longer a traditional ‘front line’. There isn’t a soldier with a bayonet at a wall. So much of war is electronic, strategic and conducted by computerised missiles or robotic tanks. I see young kids, girls that are 18, sitting in war rooms planning attacks behind plasma screens. The Israeli government goes on a lot about ‘border security’ and ‘border control’ when there is no fighting on the borders anymore. War is an electronic exercise now. 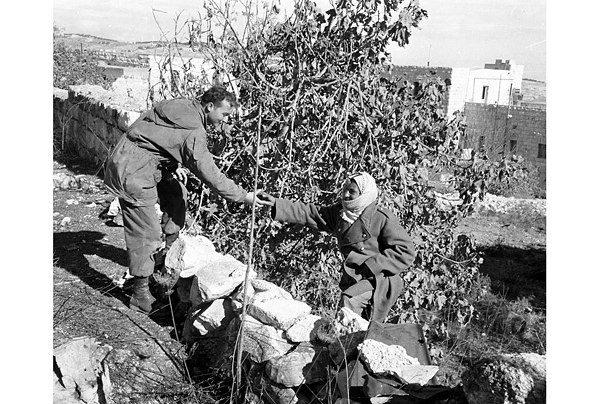 Photojournalists working now show the damage, the aftermath, the carnage of war. Not the action. In one war, I went out with the soldiers in tanks at 10am and by 3am I didn’t have a single photograph of ‘action’. I thought it was ridiculous. We were standing at one end of the field shooting at tanks 3 miles away that were targeted by a computer. There weren’t any photos to take. It was only later, when they were leaving did I see the dead being carried, the wounded and burning tanks. There’s your photograph. I guess all war documentary is telling the story and the human connections. That’s all we really have.

What is the future of war photojournalism? Is everyone with a smartphone a photographer and can these images become ‘iconic’?

I think yes, everyone with a phone is a photographer. Everyone is now, especially with digital photography. I think it’s important to look at the quality of the content. Do you know how Shakespeare wrote his plays? With a goose quill pen. Was there a shortage of goose feathers at the time? No. They were everywhere. Everyone had a goose feather quill. But there was only one Shakespeare. It is the writer or the photographer that creates.

A huge thanks to David Rubinger for taking the time to share his insight and experiences with us. You can see more of David’s work in this collection by Time Magazine, which features images from his book, Israel Through My Lens. If you’d like to get your hands on a copy of the book, we’ve got two copies to give away. To be in the running, simply share this interview on twitter (and don’t forget to tweet @redbubble).

And if you enjoyed this post you may also enjoy our recent interview with photographer Platon.