In 2007, while working alone in a once busy darkroom, artist Richard Nicholson realised it may not be too long before much of the technology he was using became obsolete. So he embarked on a project to shoot images of professional darkrooms around London. When he began there were 204 darkrooms but as he neared the end of the project in 2010, only 8 remained.

His images are part of an exhibition called Analog: Trends in Sound and Picture currently running at The Riflemaker in London. The exhibition celebrates analog film, photography and music production and ponders it’s future. If you’re unable to visit the exhibition, a number of the darkroom images can be seen on Richard’s website. 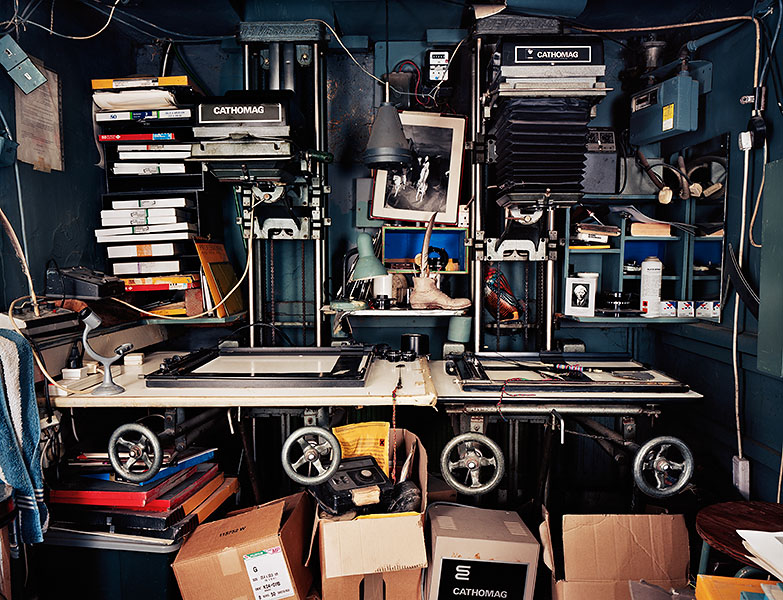 The UK’s Guardian newspaper has also posted this video which gives us a sneak preview of some of the darkrooms Richard visited and discusses the attraction of using a darkroom and the pleasure many photographers get from the process of developing their own prints. It’s a lovely short film and one which any photographer or artist who enjoys the process of creating art should be able to identify with.

If you’re in that part of the world, the exhibition in London runs until the 31st of March. And if you’re looking for further analog inspiration or a place to share your own analog images here on RedBubble, related groups include Amazing + Analogue, Analogue Photojournalism & Street Photography, Our future is Analogue, Film Photography, PinHole Photography plus many more …

We’d love to hear from analog fans. Do you shoot with film? Do you still use a darkroom to produce your prints or have you used a darkroom in the past? Do you enjoy the process? As more analog technologies become obsolete, what do you think future generations will miss out on most? What changes have you witnessed in how you work, compared to a number of years ago? And if you still have access to a darkroom we’d love to see some images of where you work so please feel free to add them in the comments below.